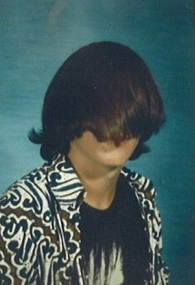 Dan Kapelovitz grew up on the mean streets of unincorporated Arapahoe County in Colorado. He studied film at Wesleyan University, where his thesis film “The Bastard Son of a Virgin Whore” won the Frank Capra Award for Best Comedy.

The LA Weekly described Kapelovitz’s first feature, “Threee Geniuses: The Re-Death of Psychedelia,” as “perhaps the most challenging and inventive structuralist video art of the new millennium.”  Today, Kapelovitz is a criminal defense attorney in Hollywood at the Radical Law Center.

“Threee Geniuses: The Re-Death of Psychedelia”

“120 Days of Sodom Literally” (in pre-production)

“The Come On Get Happy Hour”

“Enter the Angel” (with Jason Matzner)

“The Bastard Son of the Virgin Whore”

“Back From the Dead”

“I Met You Last Night With Dan and Giddle”