Twenty years ago, Long Island teenager Amy Fisher became famous for shooting Mary Jo Buttafuoco — wife of her much older lover, Joey Buttafuoco — in the face. She served time in prison for the crime and has since attempted several media-attracting life reinventions as an author, porn star, Celebrity Rehab With Dr. Drew actress/patient and general tabloid-seeking rabblerouser. Through all of that, filmmaker Dan Kapelovitz never let go of his own dream: to take three made-for-TV movies about Fisher’s sensational public introduction as the “Long Island Lolita” and make them into one triple-layer saga. Tomorrow night Kapelovitz’s fully realized vision, Triple Fisher, makes its Denver debut at the Sie FilmCenter, and the director will be on hand to introduce his masterpiece.

In the fledgling internet, pre-YouTube days of the early ’90s, it was a struggle to even get copies of all three films, he says. Now that this kind of media is at anyone’s fingertips, Kapelovitz and editor Noel Lawrence have been able to make Triple Fisher come to life.

As for Amy Fisher as a main subject, the director says his interest in making the three-way film had little to do with the teenage star or even the story itself. “I had the idea pretty soon after they aired — which was in ’93. It was the first time in television history that every major network made a made-for-TV movie based on the same story,” says Kapelovitz.

The fact that three networks invested in the making of a movie so soon after the crime was intrinsic to Triple Fisher’s creative birth, and the director says the public outcry over the story was similar to that around the O.J. Simpson case — which would play out less than three years after the Fisher shooting. Kapelovitz’s 85-minute work stars two Hollywood darlings of the time — Drew Barrymore and Alyssa Milano — and the much lesser-known Noelle Parker as Amy Fisher. ButTriple Fisher’s real success is in its tone; there is something unmistakably similar about all made-for-TV movies, and this mash-up nails it. All three plot lines are driven by the same “true” story, but Triple Fisher highlights their differences. “Each (separate film) is from a different perspective: one is from Amy Fisher’s perspective, one is from the Buttafuocos’ perspective and one is trying to be objective, and it’s kind of from a journalist’s perspective,” says Kapelovitz. “I combine them to get the truth out of all of these perspectives.”

But that’s for the audience to decide. — Bree Davies, Westword

You know that old chestnut they have in Hollywood? The one that goes something like, “Why make one TV movie about Amy Fisher, when you could just as easily make three?” It’s definitely out there, I think. Hence, when Fisher’s affair with Joey Buttafuoco exploded in the news in 1992, all three major networks saw fit to make their own movie about it, giving Alyssa Milano, Drew Barrymore, and Nöelle Parker each a chance to try their hand at playing America’s favorite gun-wielding teenager.

The natural thing to do, then, is splice all this archival footage together into one Amy Fisher 20th anniversary super-movie, which is exactly what director Dan Kapelovitz has done with Triple Fisher: Lethal Lolitas of Long Island, screening tonight at Videology. We caught up with him before the East Coast Premiere of what is being billed by some as “the Rashomon of found footage cinema” to find out why now, why Amy.

“I had the idea about 20 years ago, when the made-for-TV movies first aired,” Kapelovitz said via email. “It would have been a nightmare to edit the film back then because I wouldn’t have had access to a digital editing system, and would have had to edit the film using VCRs.” “There have been stories that have received more coverage with today’s 24-hour news cycle, basically anything that’s on Nancy Grace’s show,” he went on, “but the Amy Fisher saga was the first tabloid story — and I’m pretty sure the last — to have all three major networks air their own made-for-TV movie.”

Which leads us to the most obvious, important question here: which Amy is the best? “Noëlle Parker is the most realistic,” he says. “She is also the most likeable, but that’s partly because she stars in the movie that is based on the real Amy Fisher’s version of events. In that one Joey is this evil manipulator who convinces Amy to become a prostitute, and Amy’s father is a total creep, so you kind of feel sorry for her.” Milano is also serviceable as “stalker” Amy, as is Barrymore as “middle” Amy.

Now that his Fisher opus has finally come to fruition, Kapelovitz may focus his efforts on a similar mashup of Fisher and Buttafuoco’s respective “celebrity” sex tapes (“I’d have to show it in a theater that is equipped like the one in A Clockwork Orange,” he notes), but isn’t grasping too hard for an overarching moral to the saga. “I guess for Joey, I’d say that when a cop says, ‘I may be wrong, but I’m pretty sure they took the statutory sex laws off the books,’ he’s probably lying.” Solid advice if ever there was. — Virginia K. Smith, The L Magazine

Only seven months after 17-year-old Amy Fisher shot Mary Jo Buttafuoco in the head in Massapequa, the sordid saga of the so-called Long Island Lolita and her affair with body-shop owner Joey Buttafuoco, the victim’s husband, became a made-for-TV movie. “Amy Fisher: My Story” was broadcast by NBC on Dec. 28, 1992. It starred Noëlle Parker as the teenager and former “Hill Street Blues” star Ed Marinaro as her middle-aged lover. Six days later, ABC followed with “The Amy Fisher Story” (with Drew Barrymore in the title role), which ran in the same time slot as “Casualties of Love: The ‘Long Island Lolita’ Story” (with Alyssa Milano) on CBS. This had never happened in television history. Two decades later, filmmaker Dan Kapelovitz has created a “Rashomon”-like remix of the three movies, a subversive mash-up that, promises Videology curator Andrew Miller, “unspools like a Lifetime movie fever dream, with its labyrinth of duplicating lurid set-pieces taking on the tone of a noirish nightmare, reaching a frenzied schizo climax that would make Brian De Palma proud.” — Steve Dollar, Wall Street Journal 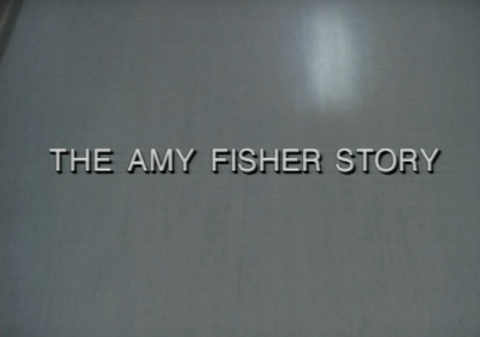 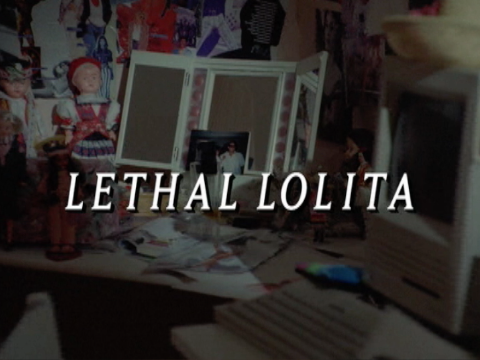 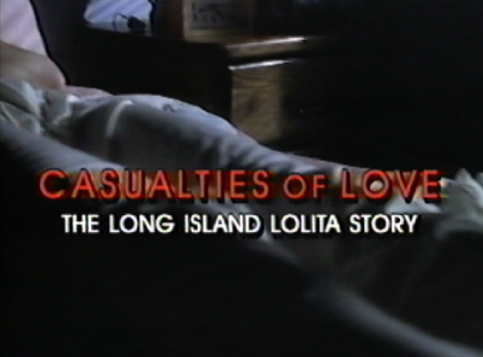 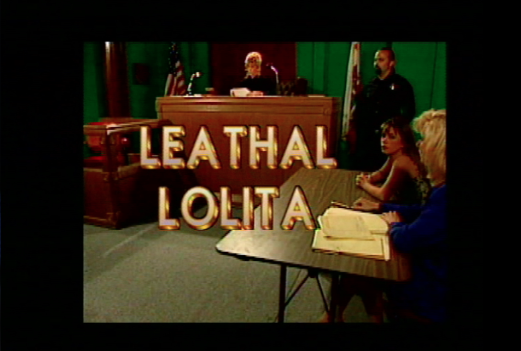 Kapelovision Productions™ is proud to announce the completion of the third and final (?) installment in the Triple Fisher Trilogy: “Quadruple Fisher” aka “Triple Fisher 3: Quadruple Fisher in 3-D,” a feature-length film in which the three original Amy Fisher made-for-TV movies plus the pornographic film loosely based on the Fisher saga “Leathal [sic] Lolita” are shown simultaneously in Quadruplevision™ (as seen below). 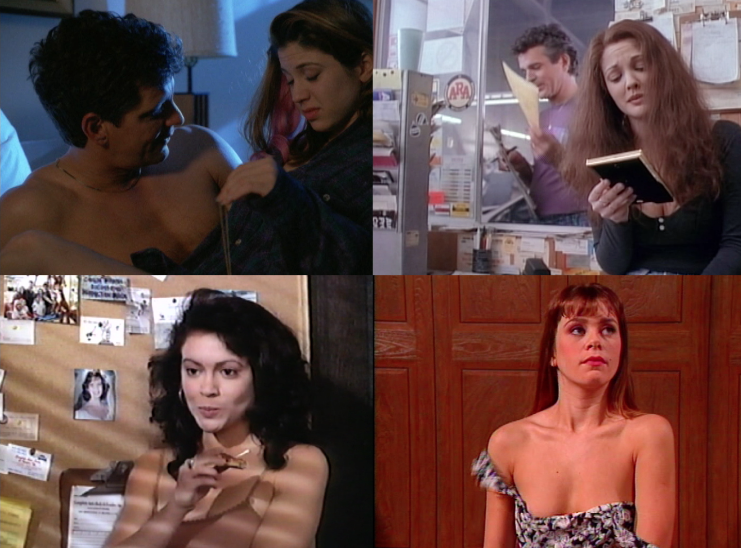 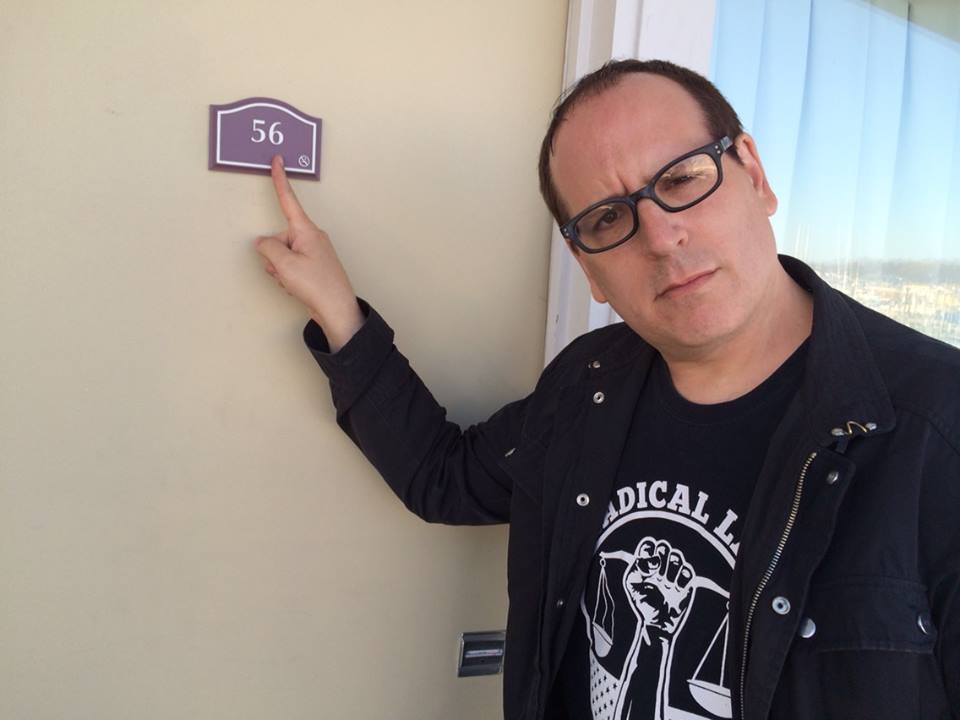 The fourth and final stop on our “Lethal Lolitas of Long Island” Long Island Tour was the hotel from which the receipts were obtained to help prove that Joey was having an affair with Amy.  We spoke to the hotel manager who was there when this all went down.  He told us that Room 56 was their favorite room. (Room 56 was occupied at the time.  The picture below is of the room next door.) 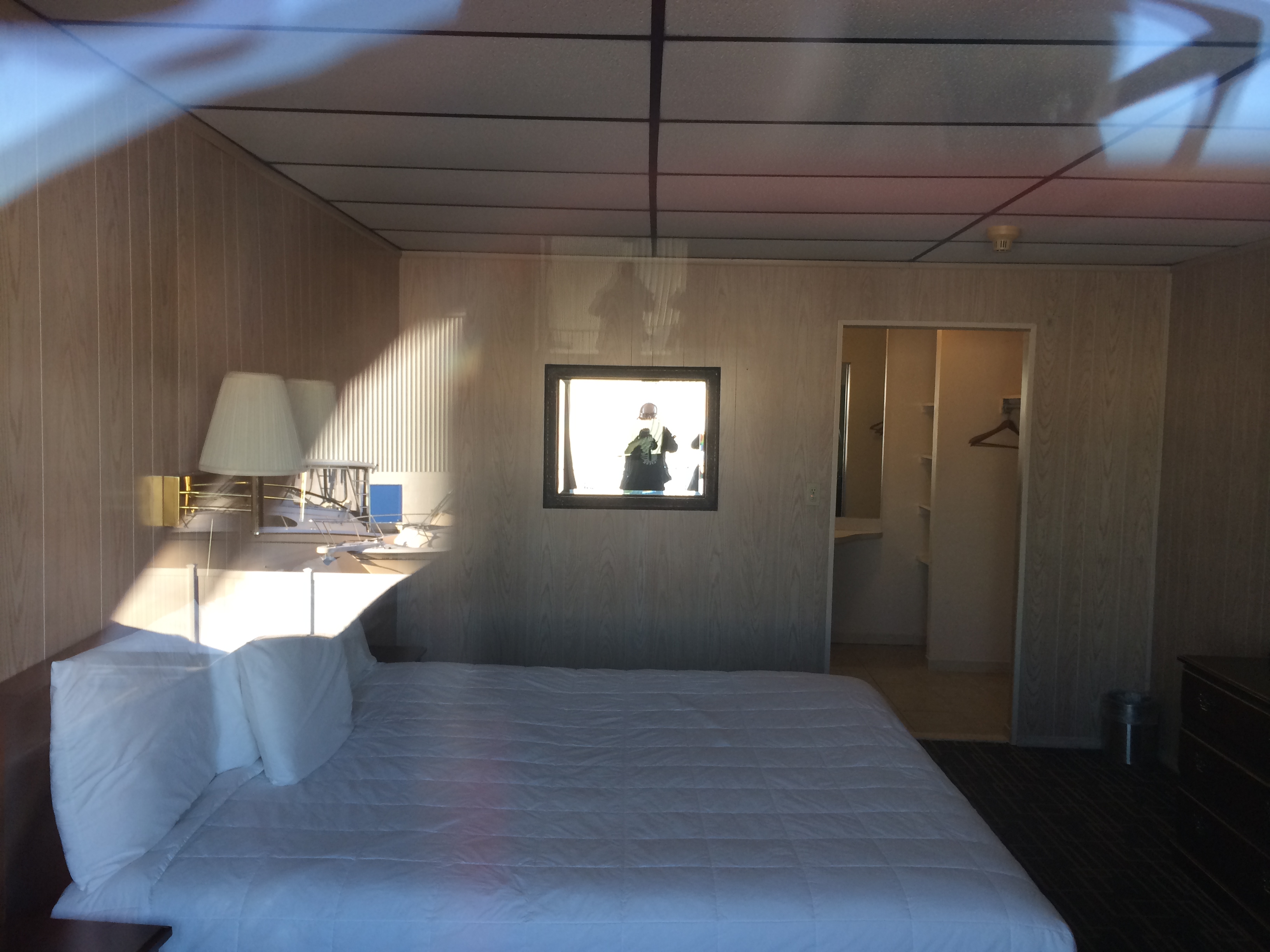 Our next stop on the Lethal Lolita of Long Island Long Island tour was the site of Joey’s old body shop.  The name has changed, but we learned that Joey’s brother (and arm-wrestling champion) Bobby Buttafuoco still has some connection to the body shop that currently exists here. 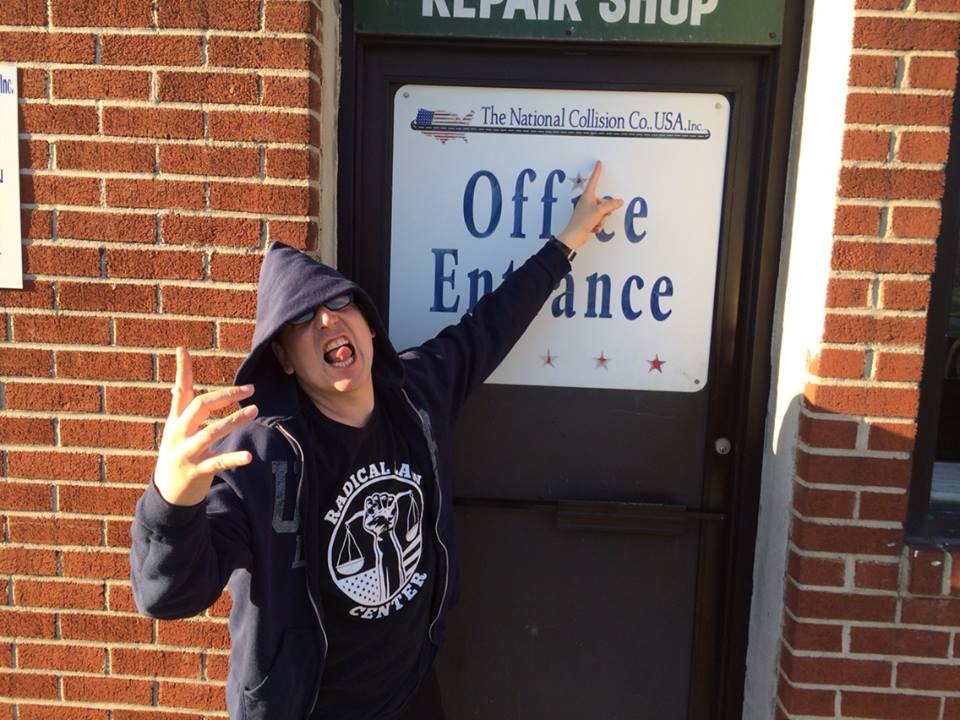 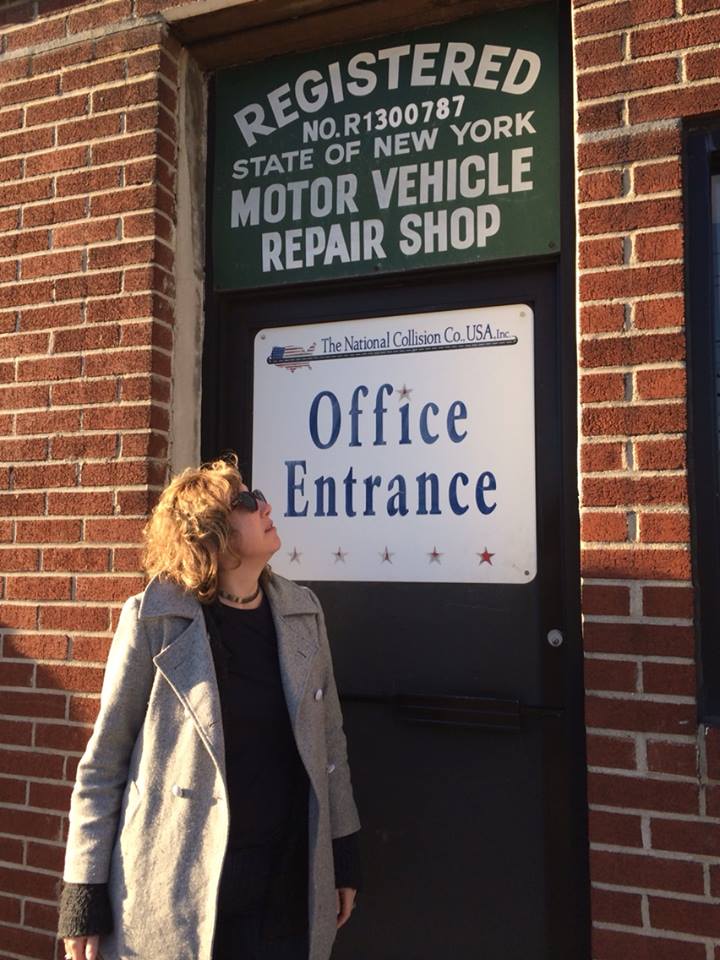 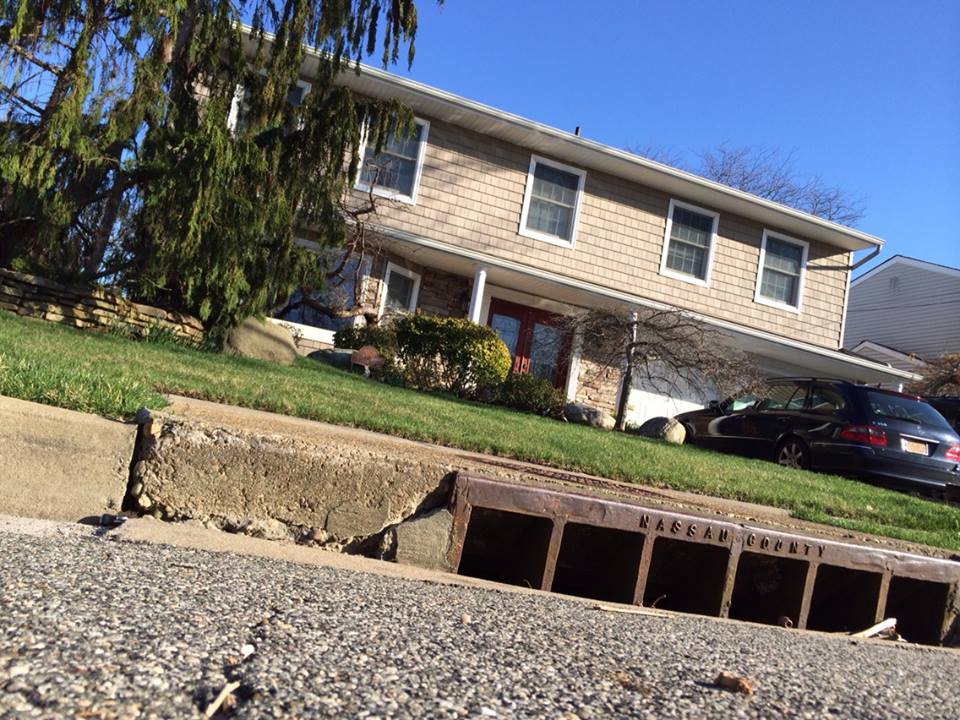 The Director of “Triple Fisher” went on a tour of Long Island with Elana Fisher (who claims she is not related to Amy).  Our first stop?  The Buttafuoco Residence, where the shot heard around the world occurred. 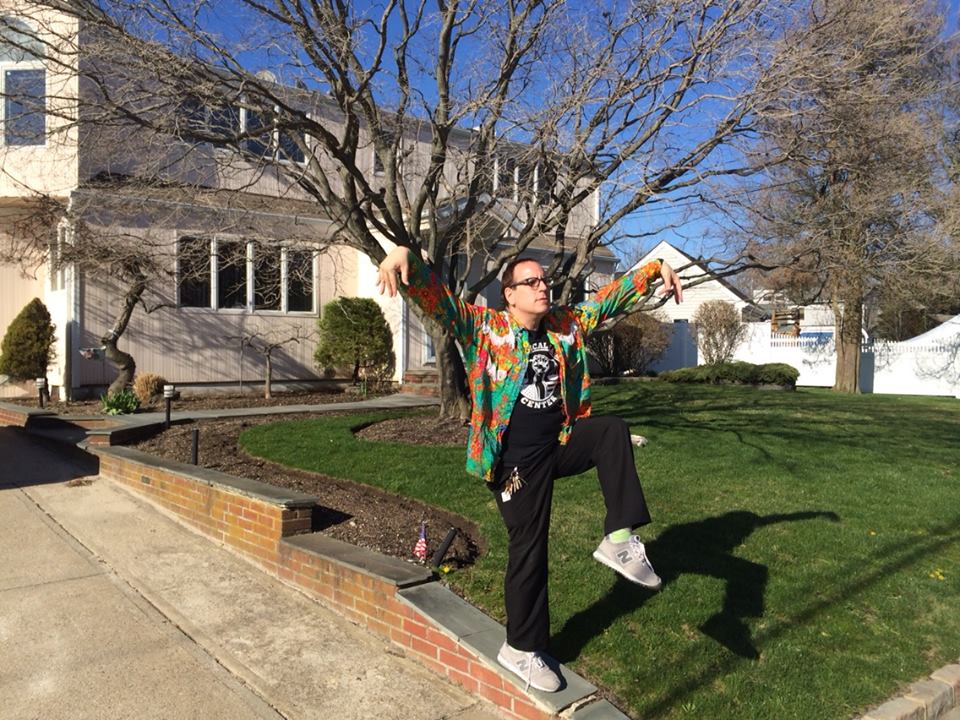 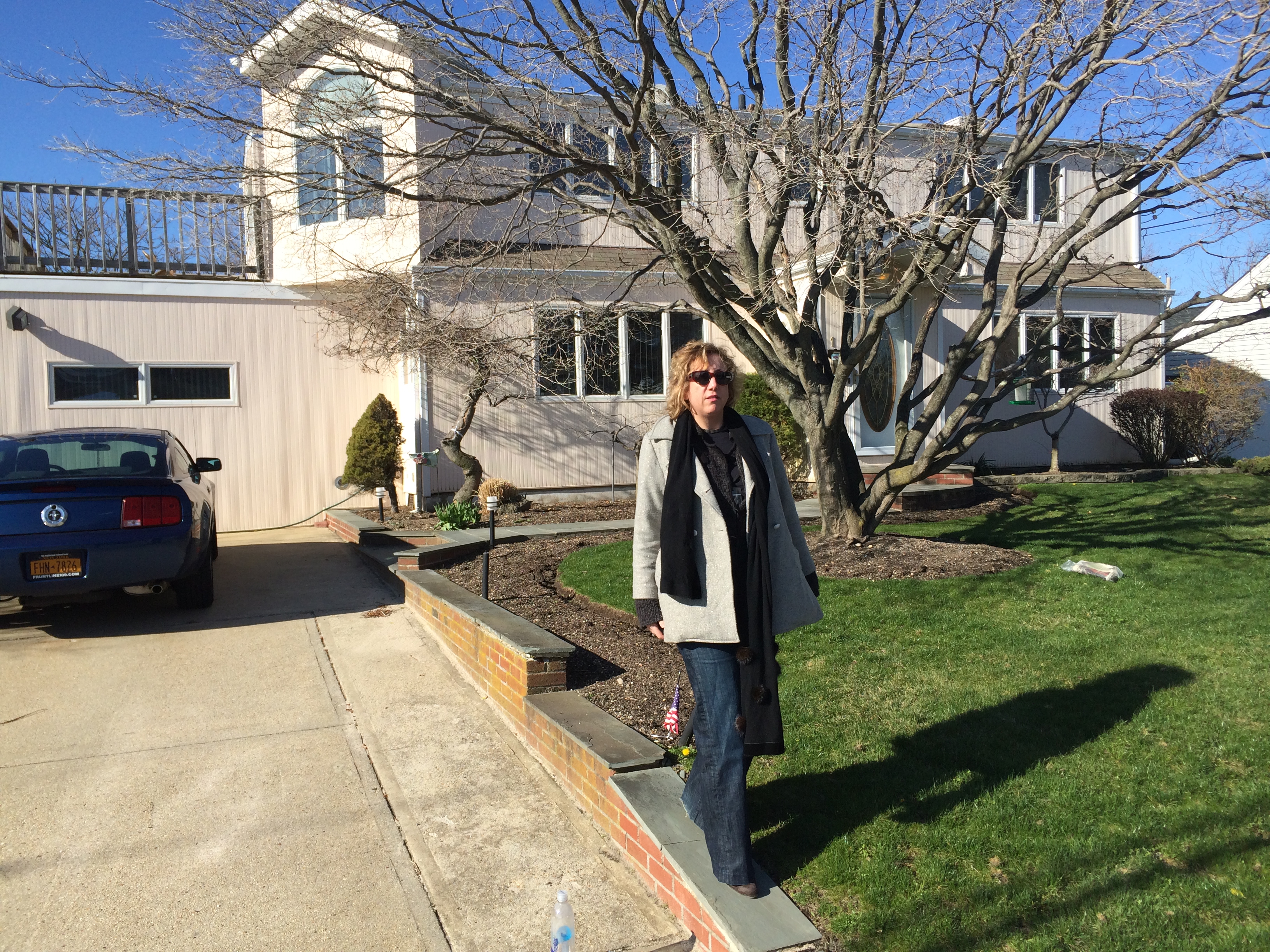 Kapelovision Productions™ is proud to announce the completion of the second installment in the Triple Fisher Trilogy: “Triptych Fisher” aka “Triple Fisher 2: Electric Boogaloo,” a feature-length film in which the three original Amy Fisher made-for-TV movies are shown simultaneously in Triptychvision™ with a 12:3 aspect ratio.